TYLLE / Life / How to Be the Most Blissed-Out Traveler

We all dream about travel. But as anyone who has seen the words “flight delayed” flashing on a boarding gate or sat next to someone who ate legumes for lunch on a transatlantic flight or ended up on a different continent than their luggage knows, getting to that dream vacation can be a nightmare. A 2014 survey by NBC proved that travel can be stressful when it found that Americans hate air travel as much as they hate standing in line at the DMV.

But if you can’t even with crowded airports, turbulence or those telltale “I just sat in recycled air for nine hours” chapped lips, we’ve got the insider tips to take all of the stress out of traveling. It may take a little extra prep and research (and a surprise upgrade to first class wouldn’t hurt), but you can arrive at your destination rested, serene and ready to embrace the trip of a lifetime. Take a look at these airport hacks to achieve travel bliss.

Travel when everyone else isn’t. The day before major holidays like Thanksgiving, Christmas and New Year’s (and the Sunday just after when everyone is flying home to go back to work) are the most chaotic at the airport. Sometimes you just gotta be home for the family feast, but if you have a little wiggle room, push back your travel plans by a day or two (or even fly on the holiday itself) to avoid long lines and crowded terminals.

If you’re planning a tropical vacation but don’t want to share the beach with beer pong and bikini contests, another peak travel time to watch out for is mid-March when most colleges go on spring break. Check out spring break charts to find the off-season when you can get those desert island vibes.

Another thing to keep in mind is the size of the airports on your planned route. Last year, the world’s most trafficked airports were Atlanta, Beijing and Dubai. If you have to go through a hub, find out if there’s a smaller alternative near your destination; consider subbing Midway Airport for Chicago O’Hare or Oakland Airport for SFO. Got plenty of time? Eschew airports entirely and take the train for more views and legroom. Finally, savvy travelers know that early morning flights on Tuesday through Thursday are not only the least crowded, they’re cheaper and more likely to leave on time.

Breeze Through the Airport With Zen-Like Calm

Bulky checked bags are a huge hassle. First, there’s lugging it through the airport, then waiting to spot your suitcase on the baggage carousel with the excruciating anticipation of it having gotten lost in the ether. So, travel lightly or consider shipping things you won’t need right away to your destination. If you can narrow things down to just a carry-on, you’ll be able to check in for your flight online, get a mobile boarding pass and go straight to the security line. That’s where the stress levels for many travelers reach a boiling point, so use an app like My TSA to check real-time waiting conditions. That way you’ll know how early you need to arrive and can breathe easy even while the guy ahead of you uses five separate trays to empty everything in his pockets.

If you love the idea of being able to sail through security with your shoes on, your belt buckled and your laptop buried in your bag, consider looking into membership to an expedited screening program. Once you’re through the seventh level of hell — we mean the full-body scanner — use apps like GateGuru and LoungeBuddy to navigate unknown airports and quickly locate everything you need to maintain your chill before your flight.

Choose an Airline Based on What You Value

Not every airline is created equal and their track records may surprise you. According to the Air Travel Consumer Report for August 2016, the airlines with the best on-time arrival track records were Hawaiian Airlines and Alaska Airlines, while Frontier Airlines had the most delays. Hawaiian and Alaska also canceled the least flights and ExpressJet Airlines canceled the most. Virgin America, JetBlue and Alaska won the award for baggage handling, but ExpressJet and Frontier misplaced the most bags.

Luxurious onboard amenities are one way to travel euphoria; first class flyers with American Airlines receive Cole Haan amenity kits stuffed with 3LAB hand cream and C.O. Bigelow Apothecaries toiletries, like lip balm, lime and coriander body lotion and mouthwash. Emirates collaborated with Bulgari to offer leather and satin kits that come with one of the brand’s fragrances. Lufthansa is putting an end to post-flight skin dehydration with humidifiers in first class. Qatar Airways business class passengers brush their teeth with an amenity kit by Giorgio Armani, then snooze on luxurious Frette linens. So do your research when choosing your airline, but if getting a great deal on a flight is your idea of nirvana, prioritize that.

The Huffington Post recently got the lowdown from flight attendants about which seats are truly the best. If you need peace and quiet, a seat in the front of the cabin is furthest from the roar of the engines — and choose an aisle seat since window seats are significantly louder. If you’re on a red-eye, window seats on the left side of the plane reportedly offer a better space to rest your head because the windows are off-center. If you’re a fearful flyer, soothe your nerves by selecting an aisle seat behind the wings, which are statistically safer. If turbulence stresses you out, pick one of the over-wing seats, which offer the smoothest ride. If you’re concerned about getting your carry-on into the overhead bin, try to get a seat in the back of the plane since most airlines board back to front. If you need to make a quick connection, you want an aisle seat at the front of the plane so that you can get off the plane first. Long legs? Opt for an exit row.

Follow Your Bliss to One of These Relaxing Airports

Think the only way to find serenity in an airport is with an overpriced cocktail? Think again. Lots of international airports now offer designated yoga rooms, many with video tutorials and free mats, blocks and bolsters to enhance your practice. Miami, San Francisco, Heathrow, Chicago Midway and O’Hare, Burlington, Frankfurt, Sioux Falls and Dallas-Fort Worth airports all provide space for practicing airplane pose before you take flight. The Raleigh-Durham and Amsterdam airports also have interfaith meditation centers. If dogs are your spirit animal, head to LAX where passengers can snuggle with a therapy dog through the airport’s PUP (Pets Unstressing Passengers) program. It may not get more blissful, though, than the butterfly and sunflower gardens at Singapore’s Changi Airport. But if music is your escape, there are live performances by local artists seven days a week at the Seattle-Tacoma airport.

The relaxation doesn’t have to stop after takeoff. In fact, takeoff usually is the most anxiety-inducing part of air travel for fearful flyers, so Japan’s ANA airline created the Takeoff Mode app, which lets you play absorbing puzzle games to “take your mind off takeoff.” Some airlines now include guided meditations as one of their in-flight entertainment choices, like British Airways and Virgin Atlantic’s partnerships with the popular Headspace app and Delta’s OMG. I Can Meditate! tutorials.

There are plenty of ways to pamper yourself at cruising altitude and ensure that you arrive less stressed than when you left. Bring your own facial sheet mask or soothing gel eye mask. If you want to get some shut-eye, pack an inflatable pillow and don’t rely on those thin airplane blankets. Instead, bring your own cozy pashmina to wrap up in — it can double as an all-purpose shawl while you’re traveling. Make a chill playlist of your favorite mellow songs beforehand and splurge on noise-canceling headphones or even good old earplugs. Catching an airplane bug on the way to your vacation is the opposite of bliss, so stay hydrated, use antibacterial wipes on common surfaces and consider taking a natural sleep aid like melatonin, valerian or chamomile tea to arrive healthy and well rested.

Smooth the Way for Yourself

The best way to avoid travel stress is to not leave anything up in the air at the last moment. Create a pre-trip checklist of all the things you need to do before you go: confirm your bookings, get travel immunizations, find a friend to water your houseplants, refill your prescriptions, set up an “out-of-office” email reply, let your bank know you’re going to be traveling and secure a ride to the airport.

The stress of unfamiliar places and unforeseen circumstances can bring out the demons in even the chillest people, so if you’re traveling in a group — and especially if any of them are your family members — make sure everyone is on the same page before the vacation. Talk about expectations for the trip, lay out a budget and collaborate on itineraries so that you can get at least one group photo with everyone smiling.

But don’t freak out when things don’t go as planned. No snag has to ruin your vacation in paradise unless you let it. Being blissed out is all about how you see things. Flight delayed? More time to memorize a few phrases in the local language. Lost bag? Take yourself shopping. If all else fails, just repeat to yourself all those cheesy quotes about the real joy being the journey, not the destination. 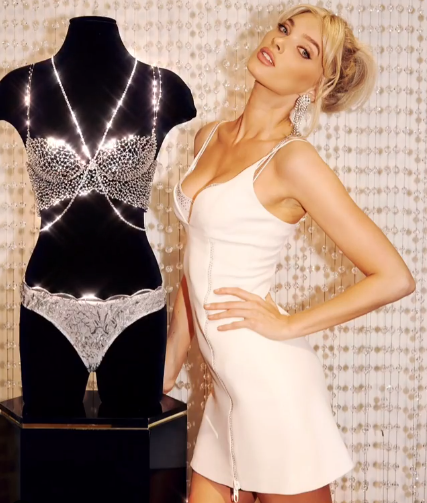 Everything You Need to Know About Lab-Grown Diamonds 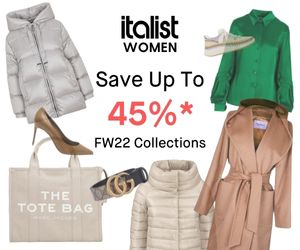